About a year ago as everyone was putting out their “Best of the Decade” lists, I was compelled to do the same, despite the usual band of naysayers who say that the first decade of the 21st Century ends on December 31st of this year.  Bearing that in mind, I decided to reprint my list here, for those who missed it the first time around (with some revisions), and because I’m so busy on other stuff, am a bit behind on the blogging thing.  I had hoped/wondered if there’d be any changes or additions to it, that I’d see some film in 2010 that would take a spot on the Best of the Decade, and knock one of these titles off the list entirely, and … well, you’ll have to read on. 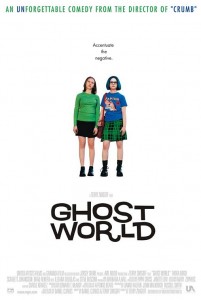 This adaptation of Dan Clowes’ series about two misfit teenage girls facing the real post High-School world is one I’ve revisited in the last year and finally realized just how prescient it is. I likewise didn’t realize at the time I saw it, how much of an influence it would have on my own work as well. I knew people like Enid and pal Rebecca in high school – and I saw a bit of myself in both of them; barreling into adulthood with the realization that the time to screw around has come to an end.   It was a definite inspiration for my MIXTAPE project too. 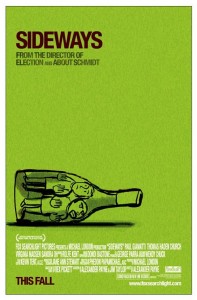 If I were ever to live a life worth remembering, or worth making a movie about, I’d want Paul Giamatti to play me. In this adaptation of Rex Pickett’s novel (a novel my wife was publicist on), his character Miles is a 30 something sad sack realizing his life has not worked out the way he wanted it to, and how his obsessions over his ex-wife, his stalled writing career, and of course, the pleasures of a good bottle of wine, are obfuscating it. Sideways made me laugh out loud the first time I saw it, but now, it’s the quiet, sad moments that stick with me. 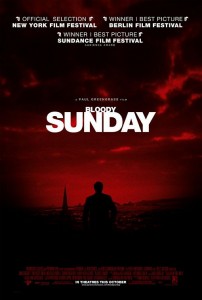 Paul Greengrass emerged in the past decade as director of the Bourne sequels and the 9/11 docudrama United 93, but I first noticed him in 2002’s re-telling of the Bloody Sunday massacre in early 70s Ireland. Employing a fly on the wall approach, Bloody Sunday had me from the very start and, despite knowing the outcome, was riveted by what unfolded on the screen. The tension is unbearable and when the inevitable explosion of violence happens, you know you’re in the hands of a master filmmaker. Too bad he didn’t direct “Watchmen” as he had planned to. 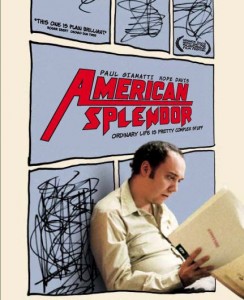 The second Giamatti film on the list, only in this case he’s playing (the now late) Harvey Pekar, writer of the comic book on which the film is based. Pekar plays himself also, and if that doesn’t make sense you need to make this one to watch. An autobiographical portrait of a man well into middle age who realizes the life he lives, and the people in it, actually has the makings of a great story. 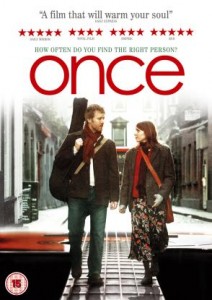 A small, sweet film about two people finding each other, making beautiful music together, and … well I won’t spoil it if you haven’t seen it. But this is one magical film, no more so than at the point when the studio engineer running the board as these musicians record their demo realizes as he looks up from his newspaper, that something amazing is happening on the other side of the glass. I think the reason I liked it so much was because I know what it’s like to lay yourself out there, to bear everything you have in your creative, emotional repertoire, and be judged on it. In Once, there is a happy ending, though not the one you expect. 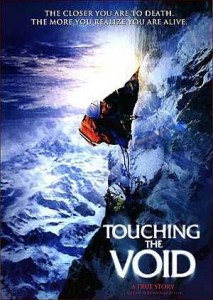 This unique film is as thrilling, of not more so, as any Hollywood film. The true story of a disastrous climbing expedition in the Andes, it uses re-enactments in such a way that your perceptions of what this film is – a documentary, a drama – changes multiple times over the course of viewing. It also gets to the heart of what drives people to push themselves and their endurance to heights others only can dream of. 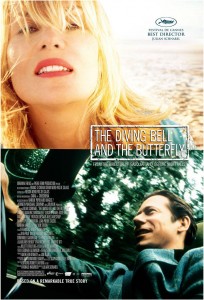 This was beautiful– adapting the memoir of Jean-Dominique Bauby, the Elle magazine editor and journalist who suffered a stroke at the age of 42 and became trapped, literally, within his crippled body. The fact that the film is told nearly entirely from his POV makes it a visual stunner, but the emotional core of the story – of Bauby trying to communicate to his friends and family and especially with his estranged father (a brilliant Max von Sydow), an invalid sequestered in his apartment, which becomes one of the most powerful scenes I saw in the last ten years. If this doesn’t move you to tears, there’s definitely something wrong with you. 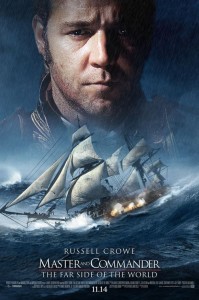 Star Trek made its triumphant return to the big screen in 2009, but for my money, Master and Commander was the best Trek film made. Russell Crow swaggers like Shatner in the role of Capt. Jack Aubrey, and Paul Bettany manages to combine both Spock and Bones into Dr. Stephen Maturin, the conscience and sober second thought to his boisterous friend. Released in the wake of some movie about Pirates, M&C never quite took hold with viewers, but more than any film released this decade, was a true return to good old-fashioned epic filmmaking on a par with David Lean. 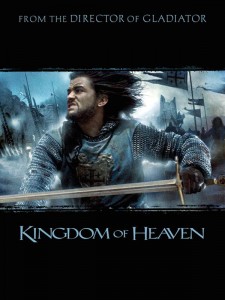 Kingdom of Heaven, the director’s cut, could quite possibly be Ridley Scott’s best film. Doing what he does best – working with a very large campus, his tale of the Siege of Jerusalem during the Crusades plunged us into Cecil B. DeMille territory, but with a modernist sensibility. Despite a weak lead in Orlando Bloom, Scott wisely rounded his cast with some of the finest British thesps of the day, and made us confront the fact that the troubles facing the Middle East today began hundreds of years ago, and will likely continue for hundreds more. 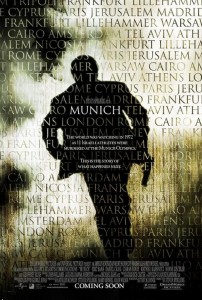 Steven Spielberg began the decade with his Kubrickian kick at the can A.I.: Artificial Intelligence, and ended it with a fourth Indiana Jones film. He did two movies with Tom Cruise, two with Tom Hanks, but 2005’s examination of the Munich Massacre remained, for me, his best work. Like KofH, it posed difficult questions with no easy solutions, which meant it pissed off both sides of the Arab-Israeli conflict. Flawed in the way all his films of the last 20 years have been (Spielberg is still a first rate director of sequences, but not films), it could have taken the easy way out but defiantly chose not to, and for that I think it’s his best work since Schindler’s List.

Come back in a few days for the thrilling conclusion.