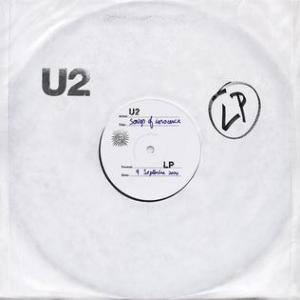 So if you were living under a rock last month U2 released their new album Songs of Innocence on iTunes for free. And people bitched about it. Let me correct that; people on the internet bitched about it because that’s what people on the internet do. Always needing something to rail against. Even now a month plus out they’re still complaining about it. “Why is this U2 album in my iTunes?” “How do I delete this U2 album?” How do I dress myself?” Et cetera.

How many of them actually listened to the album?

Not many by my guess. Which is too bad because I listened to it and I have to say I like it. I actually think it’s one of their best albums and may be on a level with Achtung Baby and The Joshua Tree – widely recognized as high water marks in the band’s oeuvre (and I promise not to use oeuvre again in this post).

It’s certainly their most personal album, with 11 songs (13 if you include the 2 bonus tracks on the Deluxe Edition CD) all drawn from the same well; dirty, dangerous Dublin of the late 70s. Songs about an IRA bombing – Raised by Wolves — about the sudden death of a parent – Iris (Hold Me Close) – and it opens with a song about how the right song by the right artist can change your life – The Miracle (of Joey Ramone). It’s an album about itself; about songs (no small coincidence one of these songs is called Song For Someone).

And I’m not at all embarrassed to say I like the album. Because it’s easy to hate things and be cynical about everything. It takes bravery to unabashedly like something others do not and will not and I don’t owe any of those people a reason to say I like it. But I’m not here to debate the merits of the album or its controversial release strategy. I’m here to talk about something much bigger than either. But I should point out that track 11 – The Troubles – which features a duet with Swedish singer Lykke Li led me to seek out and purchase her latest album, so the free iTunes release led me to spend money in a physical store. Score one for the good guys.

[Though to be blunt I think their “controversial” release strategy was brilliant. Yes it enraged the same people who are quick to rage about everything anyway, but it became part of the conversation. In a year that as of right now has seen zero platinum albums, that’s an achievement. The top selling album of 2014 remains Coldplay’s Ghost Stories, and that’s barely cracked a million units sold].

To me though the real story about the Songs of Innocence release is how much of my life has changed since I first heard Pride (In The Name Of Love) on a college radio station from Chapel Hill NC where I first heard it. I could tell you exactly where I bought every U2 album I own; what city, what record store, and even wrote a lengthy piece about the day I bought Achtung Baby (which you can find here). Even when my interest in U2 waned they were still contributors to the soundtrack that has been my life. I even reflected, on the release of No Line on the Horizon, that it was the first U2 album I’d bought online, not setting foot in a record store to buy one for the first time since, well, ever. I even wondered if there’d be record stores around by the release of their next album, whenever that would be (more than 5 years later for those counting). And now Songs of Innocence appeared in my iTunes back on September 9, while I was in Toronto, of all places, pitching a project (that might actually happen), and it became a soundtrack to that week of pounding the pavement, shaking hands, and reciting the same sales pitch over and over again. I walked streets that were both familiar and alien to me as I listened to it; in a town I once thought I’d call home for the rest of my life but was only a dozen years. A dozen years from now when I listen to Songs of Innocence I know I’ll recall that ten-days, just like Achtung Baby makes me think of my last year of high school and The Joshua Tree makes me think of my first.

My life is measured in albums by bands like U2, and REM, and The Pixies. Everybody who knows me knows I’ve written about that experience *cough Mixtape cough* but it’s experiences like Songs of Innocence that make me realize just how far we’ve come in relatively short a time, and what we’ve lost in the interim.

Making art is hard. Getting paid to make art is even more hard. I’ve made art for a living the last 15, almost 16 years and it’s never, ever been easy. I dare to say it hasn’t gotten easier either; with the internet touching on every aspect of our lives the doors are wide open. If the internet has a soundtrack I’d imagine it sounds like the trade floor at the NYSE, filled with people holding up pieces of paper and yelling. Everyone has something to sell, or a cause to promote, or an agenda to push. You can buy a song for 99 cents, or an eBook for the same price. You can read comics for free. You can press a button and watch pretty much any movie or TV show you want.

That’s the great thing about the internet and the awful thing about it. There’s so much choice now it’s almost impossible to choose anything. There’s too much TV, too much music, too many movies, too many books to decide what I’m going to spend what precious little free time I have on. I don’t even play video games anymore because of the time suck it entails – and frankly because they’re big wastes of time IMO.

[I know, ooh he said something controversial that I don’t agree with and how dare you. Tell it to the comments. Oh wait, that’s right; there aren’t any. Suck it dweebs]

But what the internet has killed is the ability to take your time to experience something — really experience it. because there’s always The next Thing, the next distraction. Movies released in theaters in May arrive on video three, four months later. Albums are released, make a brief splash but barely a ripple and are forgotten. The reason the book is still my entertainment of choice is the commitment it takes to read one. And by book I mean “print’ not digital — I’m a proud luddite and will remain one.

But that’s why I think the whole Songs of Innocence gamble paid off. It’s become part of the dialogue and the history. years from now people will refer to it as “that damn U2 album Apple forced down our throats”. Because everything has such a short shelf-life now, controversy, art, and creativity are measured in minutes because the next distraction is waiting right around the corner.

And because a month on, people are still complaining they can’t get that damn U2 album out of their iTunes. 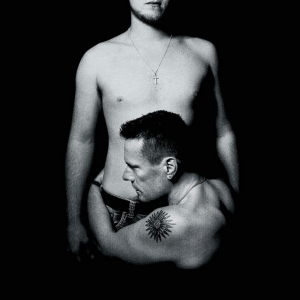