Just a very quick, and brief update to inform all of you that Mixtape is now on ComiXology! 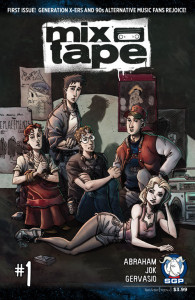 That’s right — the biggest platform there is for digital comics will be releasing Mixtape Vol. 1 in weekly installments between now and September 2nd. Mixtape #1 is available through the link above. And#2 just went up yesterday. Check out this great re-branded cover: 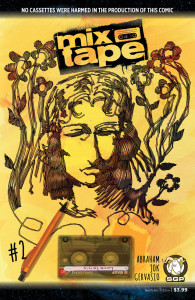 Mixtape 3, 4, and 5 will roll out on ComiXology over the next three weeks. And that’s all in advance of the physical re-release of Mixtape #1 in September.

A lot of people don’t know, or forgot, that the original 2012 release of Mixtape only saw issue #1 make it into stores. So naturally I’m thrilled the entire series is getting its chance to find an audience and build upon its existing one. Strangely enough now feels like a better time to launch a comic book about teenagers and  their feelings and, of course, music. In the wake of Guardians of the Galaxy’s popular “Awesome Mixtape Vol. 1”, with the news Apple Music is creating an option where you can curate and send a digital “mix tape” to a friend, people are more nostalgic for cassette tapes and mixes now than they were three years ago. And it’s also fitting that Mixtape #1 will drop 25 years to the month after the events in that issue.

The physical copies will roll out bi-monthly starting in September, and we expect Vol. 1 to wrap in May of 2016. A collected edition will hopefully arrive sometime in the fall of 2016. Then, assuming this release goes well and scores us thousands of fans, it’s on to Volume 2, Naturally we want to see how this re-release goes before committing time, resources and money to it. So I’m really hopeful that people buy Mixtape, tell their friends about it, tell them to buy it, and everybody wins.

Every life has a soundtrack. Even yours.