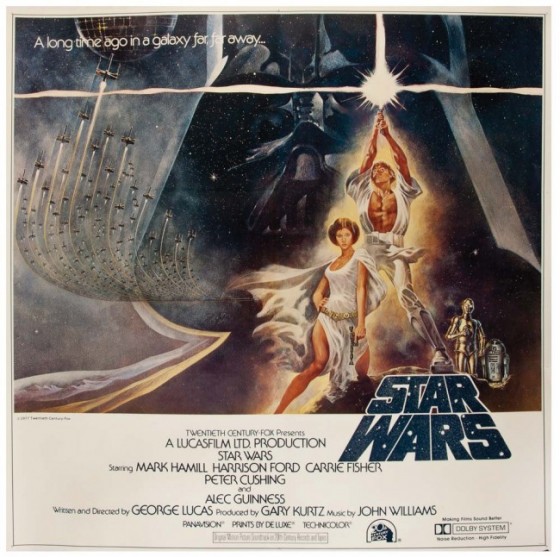 In case you missed the news, 40 years ago today a little movie called Star Wars arrived in theaters. it was not expected to do well. In fact, George Lucas was so convinced it would be a disaster he fled Los Angeles for Hawaii to build sand-castles with his buddy Steven Spielberg, where they ended up hashing out what would become Raiders of the Lost Ark.

But of course Star Wars did not flop. Star Wars became STAR WARS, and we’ve been living with it for four decades now. In the last two years we’ve seen two new Star Wars movies, and this Christmas we’ll see another. It’s not inconceivable for Star Wars to outlive the generation that grew up with it. It’s a piece of modern myth-making writ large.

Scads of words have been written on its cultural significance but ever person has a different story about the role Star Wars played in their lives. For me it began in 1977 as a 4 year-old whose father took him to an evening show to see some movie a co-worker had told him I would enjoy. He bought me a bag of popcorn and cup of cola and apparently when the Star Destroyer flew overhead in the famous opening shot the popcorn hit the floor untouched and I stared, open-mouthed at the screen for the entire two hours.

I was captivated. And as a child who lived in four different cities by the time Return of the Jedi arrived six years later, Star Wars had become the constant friend in a childhood with not many of the real kind.

After Jedi, Star Wars faded from the landscape and my life. There was a brief resurgence on the 10th anniversary when I picked up a special issue of Starlog magazine, but Star Wars was pretty much dead by 1987, through the early 90s. Then the Timothy Zahn series of Star Wars books arrived. then the Dark Empire comic book series from Dark Horse. the Power of the Force toy line made its debut in 1995 and I was on my second Star Wars kick, which lasted all the way to 1999, and the release of The Phantom Menace.

I have not come to bury the prequels or to praise them either. What I will say once Revenge of the Sith hit theaters that it was pretty much a given Star Wars was finished. there would be the Clone Wars TV series which, despite a rough start, became a genuinely wonderfully realized story. But Star Wars on the big screen; that was done, right? 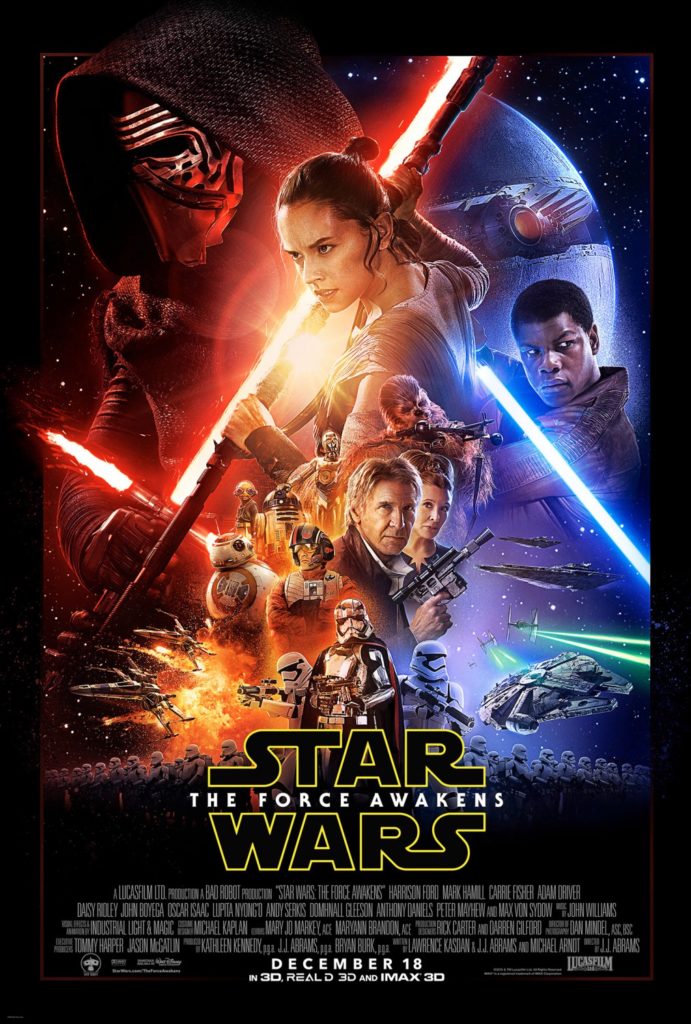 So we’re living through the third Star Wars cycle and its unlikely to end anytime soon. Sure, a few consecutively crappy films could happen, but if 007  could survive nearly sixty years, Star Wars could last at least to 2037.

For me  Star Wars will not end. That’s because my child, who turns two this July, is approaching the age I was when I first saw Star Wars. I’ve gone back and forth on how to introduce him to the series. By the time he’s four, Episode IX will have come and gone, so he’ll have the entire Skywalker saga at his fingertips. Do we run the series in order – 1-9 – with Rogue One and the hitherto untitled Han Solo movie (and if it’s NOT called Han: Solo they suck)? Do I show him Episodes 4-9 and pretend the Prequels don’t exist? What about Clone Wars and its spin-off, Rebels?

No, I need a plan of attack … and think I’ve found one.

On the day he’s ready, I’m going to ask him if he wants to watch a movie. I’ll put on Star Wars and hopefully he’ll be dazzled by it. But rather than segue right into The Empire Strikes Back, I’m going to let him live with Episode IV for a little while. Let him engage with the story, the characters, let him play with the toys and imagine their own future adventures. Then, when his interest in it starts to wane, I’ll  show him The Empire Strikes Back, and we’ll repeat the process. I want him to be re-introduced to Luke, Han, Leia, Chewie, and the droids. I want him to gasp at the revelation of what happened to Luke’s father. Then when that’s run its course, Return Of The Jedi.

I want to let him live with those movies as long as he wants to. Then, when he’s losing interest, I’ll ask him if he’d like to see how Anakin Skywalker  became Darth Vader.

We’ll watch the prequels in quicker succession, not because they aren’t as good (I like parts of them I don’t like other parts, and am well outside the demographic when they were released anyway), but because they’re too interconnected.

After that we’ll dive into Clone Wars and Star Wars Rebels which, buy the time that wraps up, should segue into Rogue One. By then the current trilogy will have concluded, and with the weight of the entire saga behind us, we can watch those however we want to.

As you can probably tell, I’ve given this a lot of thought.

But as far back as I can remember, my life has been one where stories were shared in a multitude of ways. From bedtime stories read to me by my parents, to my father taking me to see one of his favorite movies 2001: A Space Odyssey when it played as part of a roadshow re-release in the 1980s.

I want to pass these movies on to my child because how stories are told matter as much as what they tell. I want him to cherish these stories, but to also cherish the way he was introduced to a galaxy far, far away.

And because I want him to know that many years before, his dad discovered them at the same age. 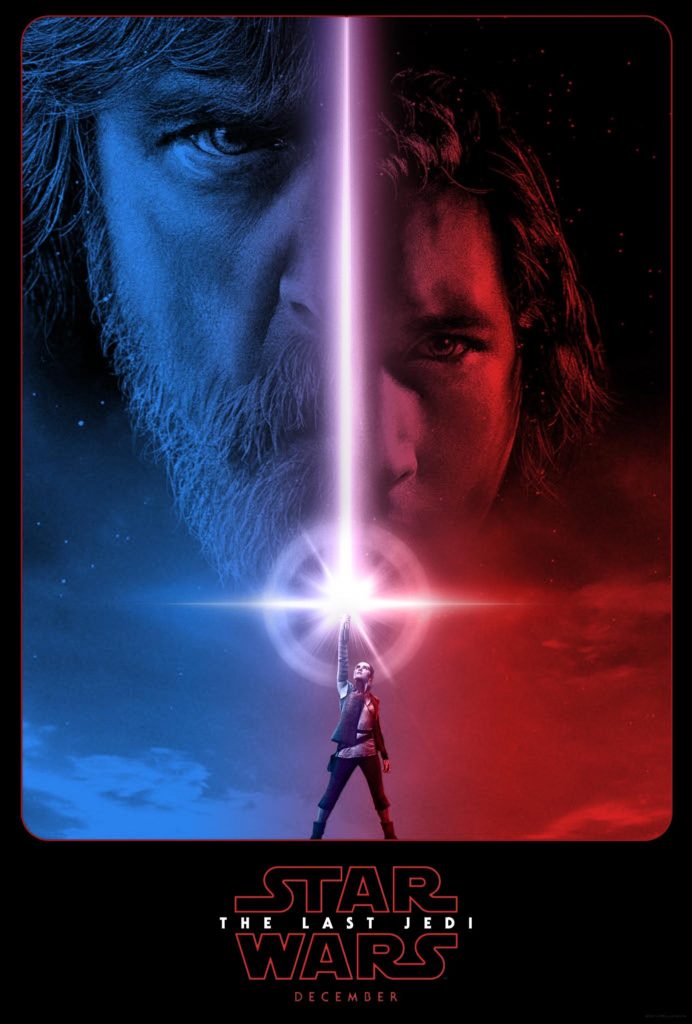 But we’re hiring a babysitter so we can go see The Last Jedi. Sorry, kid.