Somewhat surprisingly (but not really), in reviewing the first month’s web stats for this website, it turns out that the “non-film” posts have been the most popular, with 15 Albums, X/Y and the lengthy (some would say epic) story of Bossanova, and how it influenced my MIXTAPE graphic novel/comic book project, being the most read.  I want to thank everyone for their visits and feedback, either here or on my Facebook page.  The coming months will hopefully be an interesting stretch, as I hope to be making some big announcements on a variety of projects (fingers crossed).

But keeping with the music theme, one nice effect from the 15 Albums series is in how many people replied in kind with their own lists.  I found these lists fascinating.  It was amazing to see how many lists were similar to mine, and to each other.  Nevermind and Ten were well-represented, along with Ministry, Jane’s Addiction, Mudhoney, The Pixies (natch) and many more from that great era in music.

And, of course, it got me thinking as all things interesting do.

What were the last five albums you listened to, from start to finish, from beginning to end, from front to back, all the way through?  Can you recall that with ease or do you have to dig a little?  Or, can you not recall the last time you listened to a record all the way through?  I admit something like this is easy for me to recall, given that I listen to music when I write, and I write every damn day. A quick perusal of my “Last 25 Songs” in iTunes easily furnishes the answer to my question and the following are the last five I listened to straight through, from yesterday to this morning; 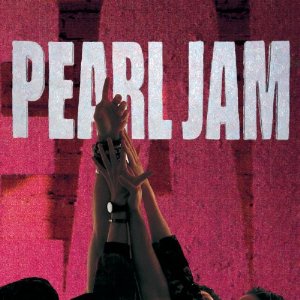 Inspired by its prominence on many of your 15 Albums lists, I realized I hadn’t listened to Ten (and Pearl Jam for that matter) in years.  It’s one of those special albums – those ones that take you back to the first time you heard it.  In my case (and some of you will recognize the setting), would have to be spring 1992, in my 83 Camry, cruising town having just picked it up from the local record shop.  If I close my eyes I can still see the view out the windshield.  The fact that this album, and Nevermind are 19 years old reminds me how long ago this really was. 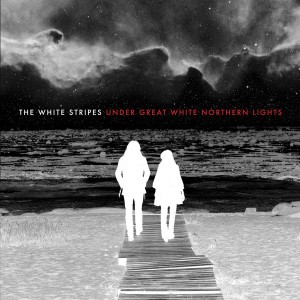 The White Stripes are great writing music, at least for me.  Much of my novel (details forthcoming) was written to the Stripes (despite taking place in Renaissance Italy).  This is the live album documenting their 2007 tour of Canada, hitting places from Montreal and Toronto to Whitehorse and Iqaluit.  Their renditions of Black Math and Icky Thump are blistering, and it’s a hoot to hear Jack White bellow “Sing with me Yellowknife!” 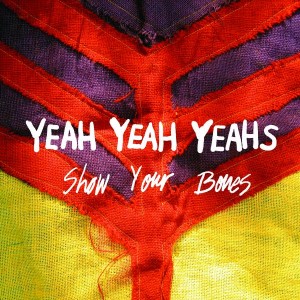 The YYY’s are one of those safe choices around the house, as they’re a band my wife and I can listen to equally.  She leans more to dance, I lean more to rock and the YYY’s comfortably straddle that line.  They, along with Coldplay and MGMT are among some of our shared favorite bands, though she tolerates The White Stripes and U2 more than I tolerate some of her choices (I’m trying, honey, I’m trying).  I just picked up Show Your Bones, filling in the gap between their crunching Fever to Tell, and their blockbuster It’s Blitz! (which contains my favorite YYY’s song — go on, ask me which one) which explains its inclusion in this list.  Plus it rocks. 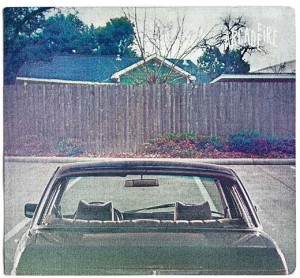 I just picked The Suburbs up, so naturally it’s been in heavy rotation.  I really dig it too, given that it truely captures that suburban life I was raised in.  This album has multiple covers – something like eight different ones, and when I purchased the album at Borders, I had to scour the rack until I found the cover that best spoke to my memories of suburbia, and the above image was my pick.  Turns out the music itself was enough to stir those memories from the ether and, if I was 17 today, not 37 (!) it could very well be my Nevermind, my Bossanova, my Achtung Baby … 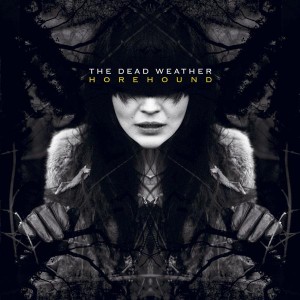 In talking about albums, it’s appropriate that the album I listened to before penning this entry – Horehound by The Dead Weather is one of the few I’ve purchased in MP3 format exclusively.  I’m one of those dinosaurs who still likes to buy the CD (eBay has been great for scoring old and used discs) but when I lucked into an Amazon.com MP3 store credit I used it to purchase this album.  It’s a hard, bluesy, growly, great stuff that’s definitely worth a listen, and it makes me wonder when Jack White finds time to sleep.  I know how he must feel.

So why is this entry titled R.I.P.?

Call it a eulogy for the Album.

I think it’s sad the Album is a dying art form, and believe me it is dying.  In fact, I wouldn’t be surprised to see it go away entirely in the coming years.  Now people want the songs they know and skip over the rest.  The reasons MP3s and iTunes have become so successful are because you can just pick and choose what you want, like at a buffet.  But the question remains; how do you know what you’re going to like if you don’t try it out? How do you know what you want if you haven’t heard it?  I can’t be the only one whose favorite song on a particular album is *not* the one that got me to buy it.  My favorite on Nevermind for example is “On a Plain”; my favorite on Ten is “Black”; my favorite on Achtung Baby is “So Cruel” — songs I never would have heard if I only listened to or bought “Smells Like Teen Spirit” or “Jeremy” or “Mysterious Ways.”  The aforementioned favorite track off It’s Blitz! is not one of its singles and, had I not bought the album, would never have heard the song.

I lament the fact that albums aren’t afforded the respect they deserve, and I miss The Album, and the passions they stirred, just as I miss A Sides and B Sides.  The CD partially killed that, but I always liked the moment when you had to flip the record or cassette, the last song on that particular side lingering in your mind.  Albums were constructed for the break in sides for decades – the “A” side of Nevermind ended with the chilling “Polly”, which lingered in your bones until you flipped the tape and got a supercharged grungy blast from Territorial Pissings.  I think the playlist for those albums benefitted from the break — it’s almost too easy to program a playlist of 50 – 100 songs and just listen to that; at some point it just becomes white noise.  An Album, like the best books and best movies, isn;t meant to be continuous and never-ending.  The ones that lingered — the great stories — are the ones that ended.

So my question to you is this: what were the last 5 Albums you actually listened to the whole way through, from start to finish, as the artists intended you to?   Send me your list, your thoughts and impressions on the albums you listened to most recently, and I’ll post a follow-up with your picks … ‘Because I’m always looking for an album to buy.