For Part One, click here.  I have also restored comments for now.  We’ll see how that goes.

And now, my top ten of 2000 – 2010.  I would’ve loved for something I saw this year to edge onto this list, and while I did see some good film, I’m not sure how many would be considered “classic.”  There’ll be a year end-wrap-up of 2010 movies later this month, so in the meantime, here’s my ten favorite of the last ten years. 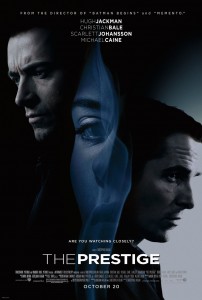 Yeah, I’m sure you’re saying there’s any number of Christopher Nolan films I could have picked – Memento being the obvious, along with the two obscure Batman movies he tossed out this decade, and this year’s Inception, but I chose The Prestige simply because it’s my favorite Chris Nolan film. The story of dueling magicians, as consumed with crafting the perfect illusion as they are with out-doing each other, is an intricate puzzle-box of a movie that not only benefits from repeat viewing but practically demands it (every time I watch it I catch something new). But the reason I love this movie is because, like rival magicians Alfred Borden and Robert Angier, I do get irritated when contemporaries, be they friends or just acquaintances, achieve success while I do not. Professional jealousy, of course, but not unlike the protagonist of the film two entries ahead, I have a competition in me and I want no-one else to succeed unless I can first. It’s the thing that drives all art and artists, though most would not admit as much. 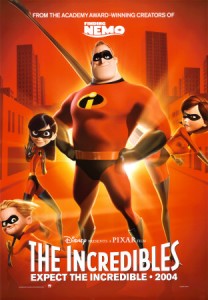 My second favorite Pixar film, it’s one of those rare films I never tire of watching, and for my money is the best comic book movie ever made – precisely because it’s based on the comic book archetypes unencumbered by the baggage of being iconic figures. Dig on the 60s retro vibe, the amazing action sequences, the humor all you want, but the real core of The Incredibles are the characters, and how they cope living in a world that does everything it can to stifle and repress achievement. It’s also a surprisingly mature film, a family film with a brain and a heart. Who among us can’t empathize with Mr. Incredible, torn between the duties of raising a family, and with trying to re-live his youthful days as an adventurer and hero? 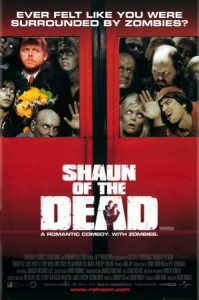 Shaun is not a zombie movie, not in the traditional sense. What it is, is a movie about the painful transition from your 20s to your 30s, and about the need to “sort your life out.” Fortunately for the titular Shaun, Zombies arrive to force him to do just that. The more I watch Shaun, the more it touches me on a primal level. I mean, I make stuff up for a living, and the fact that I’m in my mid-late 30s often fails to register sometimes. Shaun was the best zombie film in a decade rife with them because it’s about more than flesh-eating ghouls – it’s about those nagging fears and failures that nibble at us every day of our lives. 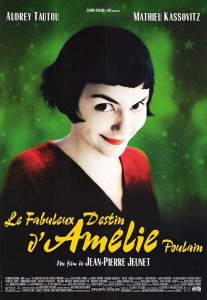 Sometimes a movie’s status is elevated by the times it is released in. Released to theaters not long after 9/11, Amelie was the salve we needed – a precious, precocious modern fairy-tale about a Parisian woman setting out to make the lives of strangers rich and fulfilling, and simultaneously realizing the emptiness in her own life. I know people who never went to the movies who somehow managed to see this one in the theater multiple times, which is a testament to its magic. 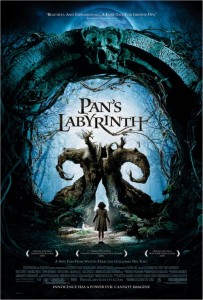 I met Guillermo del Toro in 2001, when he was promoting his moody suspense horror The Devil’s Backbone. He had attracted notice in the 90s for his debut film Cronos, and stumbled with his follow-up Mimic. He was regarded then, largely, as an also-ran; one of those many filmmakers who has a cult success, before being consumed by the Hollywood system. But, Guillermo proved there are second acts in life, and Backbone represented the first in an extraordinary run of films that culminated in Pan’s Labyrinth – his gothic fairy-tale set in the dying days of the Spanish Civil War. Even as he preps his adaptation of In The Mouth of Madness, Labyrinth remains his best work – a surprisingly adult fairytale about finding moments of beauty while the world around you goes to hell. 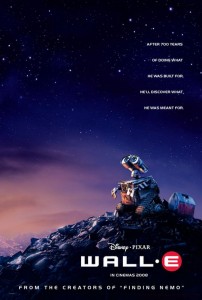 The first thirty minutes of this film are as good as film got this decade, and if you can slight the more conventional storytelling that follows, you still have to concede the nerviness of the decision to make the two lead characters robots that communicate in beeps and clicks and synthesized voices. There are so many astonishingly beautiful moments in this, Pixar’s best film, I can’t single one out, but the ending, when Wall-E clutches Eve’s hand, is near guaranteed to bring the waterworks flowing. 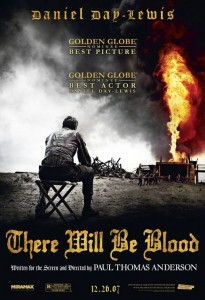 This one moved up the list a few spots, since I realized on a recent re-watch of P.T. Anderson’s epic on greed and obsession that There Will Be Blood is actually a twisted dark comedy disguised as Oscar bait. Nothing less than a battle between the two towering forces that drive American life – Money and Religion, money wins the day with a bowling pin to the cranium. Much has been written about Daniel Day-Lewis’s towering portrait of oil man Daniel Plainview, but on repeat viewings it’s Paul Dano’s simpering rival Eli Sunday who becomes the more compelling character, as we realize long before he does that he’s tampered with forces not even God could understand. 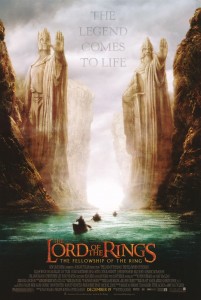 Technically, they’re one big movie, but of the entire Lord of The Rings Trilogy, I’d pick the first chapter, The Fellowship of the Ring as my personal favorite, because it recaptured that feeling I got when I was four and saw Star Wars for the first time – that sensation I wasn’t sitting in a theater, but rather pulled into the world projected onto the screen. The Rings Trilogy was popcorn moviemaking at its zenith, and no popcorn movie released since has had as great an impact as these three films. The simplicity of the narrative; the ages old battle between good and evil, became the framework of an epic tale masterfully adapted from the JRR Tolkien novel, launched the careers of a good baker’s dozen of actors, and did what the lackluster Star Wars Prequel Trilogy tried and failed to do – instill a sense of awe. 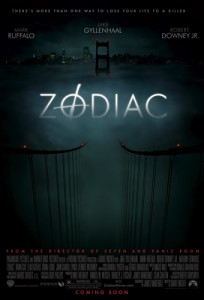 An interesting double-bill with The Prestige, as both films are at their most base level about obsession. Obsession is something I can well identify with – it’s what gets me up in the morning, and what puts me at my desk for 8 hours a day, every day. The obsession to meet the goals I’ve set, the obsession to aim for perfection even though I know I’ll fall short. I really battled back and forth over the number one and number two slots on this list, but David Fincher’s Zodiac is a masterful crime thriller, an examination of the obsessions that drive police, reporters and casual bystanders, to unravel motives behind a crime that has no motivation, and how that obsession can make a victim out of the people we task to solve a crime. It’s as meticulously detailed a movie as any I saw in the last decade – a film that demands your attention on every level. With so many films falling short, it’s nice to have a few that assume you, the viewer, are at least as smart as the people making the damn thing.

And finally, my favorite film of the last ten years. 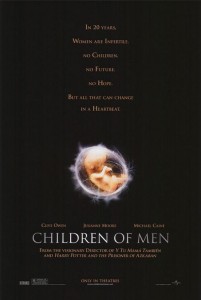 Be honest; are you better off now then you were ten years ago? Do you feel safer? Are you happier? Do you look forward to the next decade with optimism or with dread? One thing’s for certain; in 20 years, assuming we’re still around, people will look back at Children of Men as, if not a prophetic film, but the one film that best captured the zeitgeist of the decade that was. Children of Men is dystopian Science Fiction on a par with Blade Runner – under seen and underappreciated in its time, but one that will have the critical consensus come around in the next decade. Everything that scared the living hell out of us in the first decade of the 21st century – terrorism and suicide bombings, war, environmental destruction, fanaticism – is well on display in Alfonso Cuaron’s masterful and loose adaptation of PD James’ novel. But what is most amazing about it is that it finds moments of warmth and humor and joy in the darkest places. And, after all the horror and the worst of mankind it portrays, it ends on a tiny glimmer of hope to keep us all going, through the morass of paranoia and fear that life in the 21st Century has become, and to retain our humanity in the face of a world that seems anxious to crush it out of us.