Skip to primary content
As I’ve mentioned several times already the inspiration for MIXTAPE came to me as I was packing for NY and unearthed a box of mix tapes from my High School and College days.  Each one of them was a time capsule of who I was and where I was at a specific point in history.  This was posted to the Mixtape FB page but I wanted to share it here.
From late 1992/Early 1993, “Another Useless Mix Tape” is anything but, given it’s still playable nearly 20 years later and bears the fingerprints of “Moody Teenager People Just Don’t Understand, Man”.  Every song should be somewhat familiar, save “Underfed” by a 3-piece called Grasshopper who gave the most wild shows imaginable.  It’s probably my favorite track on this tape because it’s so rare.  If you didn’t buy their self-titled EP cassette from them direct you didn’t have it.  A performance of the song can be found online if you look hard enough.
I’ll be posting more mixtapes as I find them. 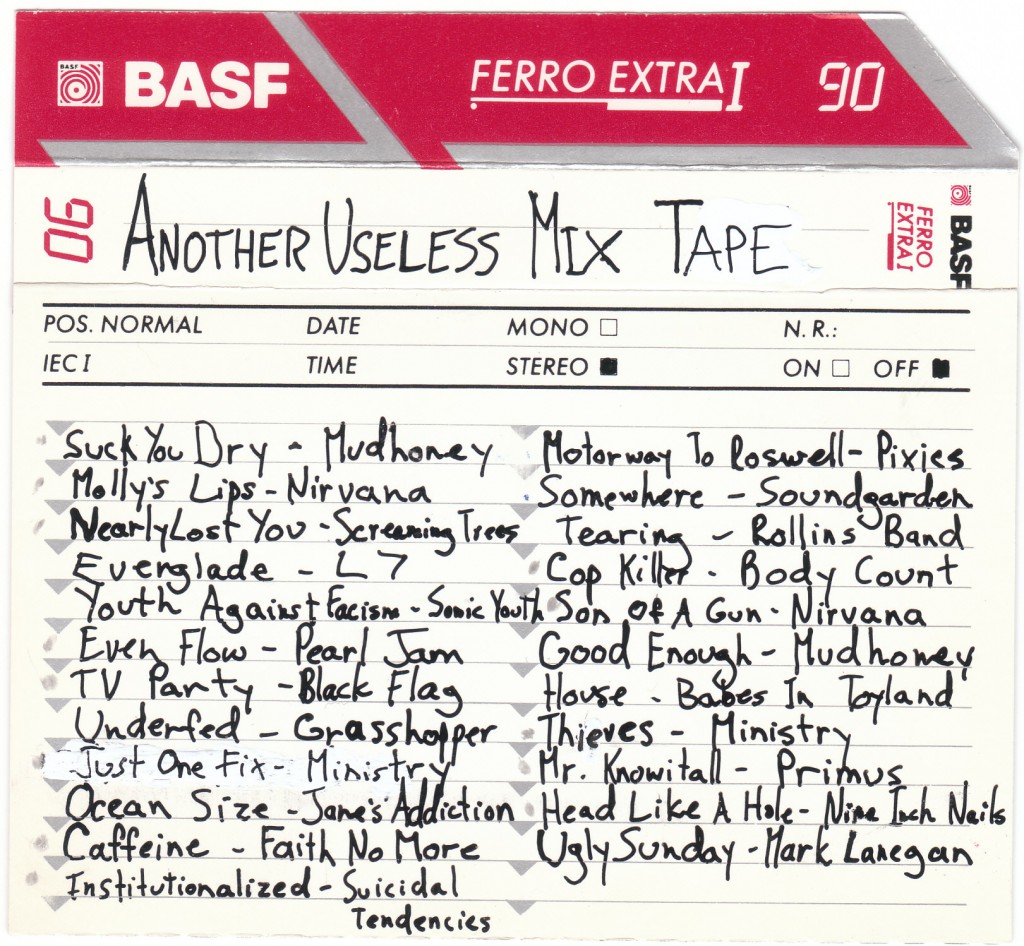