This is the story of the saddest song I have ever heard.

Spring, 1989. It’s High School, and yours truly is something of a fuck up. Okay, maybe not a fuck-up; just socially awkward, not terribly good looking, not terribly exciting either. If there are your typical cliques in High School, your Jocks and Preps, your Stoners and Nerds, and Theater kids, you could find me safely outside of all of them. I have friends, and there is some crossover with all of the other groups, but I am pretty much content to be one of those people you pass in the hallway and know, but really don’t know a lot about.

Like most teens that age I’m not sure who I am or where I’m going. My grades are decent if not outstanding, coming close to being on the Honor Role but not … quite … crossing the line. I excel at English and History, but my Science and Math scores drag me down. I’m better at dealing with abstracts and not, you know, facts. The teachers generally put up with me, and the consensus is if I only “apply myself” I’d do much better, be happier, etc.  So not quite a fuck up, but not quite Ferris Bueller either. 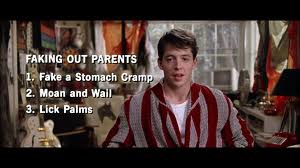 Though I was a student of his teachings.

If you were to ask me who my favorite bands were at the time, it would be a toss-up between The Beatles and U2.  I was still at that point where I wanted my taste to be mainstream, having yet to learn the value of being a non-conformist. Not because I wanted acceptance, but because I didn’t want to draw attention to myself.  I secretly liked bands like The Ramones and The Sex Pistols, but I didn’t want to advertise it, because I was a teenager and that last thing a teenager wants is to be seen as “different”.  And at the time, The Beatles were pretty mainstream, almost 20 years after they broke up. It’s hard to remember now, but the mid-late 80s saw this huge revival in The Beatles, The Who, the Woodstock generation, as the baby Boom generation hit their 40s and were overtaken by this wave of nostalgia for their faded youth (much like a certain Gen X-er taps nostalgia for life 20 years back, in his acclaimed comic book series available here and here).

The Beatles were surprisingly popular at my school, which seemed to exist in a time warp anyway. Hip trends took a while to travel to smaller towns in a pre-internet era. We laugh at the clothing and hairstyles of time-capsules shows as Degrassi Jr. High and 90210, but that was trendy compared to where I lived.  We were almost Grunge before Grunge became Grunge.  The Beatles were an “acceptable” band to be into, and as my parents had a bunch of Beatles records in their collection, I had a leg up on fandom.  And it was one day as I was stowing books into my locker that I heard this feminine voice say; “Oh, you like The Beatles too?” 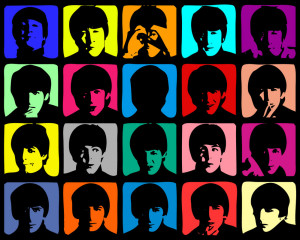 She was in my grade. She had been in my homeroom the year previous, but with an influx of students, we were split off into different ones. We may have had a class or two together, and while “friendly” we weren’t “friends”.  But she was cool and the fact she was talking to me about The Beatles made her more so.  Turns out she was a fan too.  And when she saw the beatles picture up in my locker, she knew I was a fan too.

And that’s how it began, us talking about music, and specifically The Beatles. How while she was more a fan of the psychedelic Sgt. Pepper-White Album-Abbey Road era, I was more a “middle period Beatlemaniac”, “middle period” being Help-Rubber Soul-Revolver. Her favorite Beatle was Ringo, mine was George. This was a point of contention because nobody picked George as their favorite.  As a small kid Paul was the man. As a teen it was John, and if you were a girl it was Ringo, because he was the funny one, and what teenage boys don’t get is girls like a guy who makes them laugh.

But for me it was George, because he seemed the less fussy one, like he was the first to see through the shallow nature of Beatlemania and decided he wanted more from life then to be in the biggest band in the world (a fact borne out by Martin Scorsese’s excellent Harrison documentary Living in the Material World). 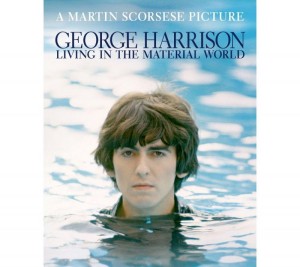 So anyway we talked, a lot, about The Beatles, but about music and life and, well everything.  I thought about her constantly, wondering if she felt the same way about me. Of course I was still too much of a dork to actually ask her out, so I did what kids back then did in the day when they liked someone but were afraid to articulate.

I made a mixtape. 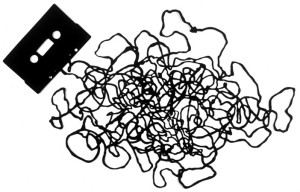 I loaded it with a mix of songs culled from my parents’ record collection, some of my records and tapes, and ones I’d dubbed from friends.  There was some Rolling Stones and The Who, and Donovan.  I even threw on a Joy Division tune  to show I was edgy and mysterious.  And I ended it with the one and only Beatles song on the tape – the one she and I liked the most, and the one that most reminds me of this time.  I shall refer to it henceforth as That Song.  Rememeber that.

I worked on it after school over a succession of nights, so I wouldn’t overdo it or rush it, and planned to present it to her on Monday as “just a thing I threw together, whatever”.  Presumably she would take it and listen to it and realize she couldn’t be without me, because the “grand romantic gesture” was and I assume remains something teenagers still believe in, as they should.

That weekend, Sunday, I had just finished the tape when my dad dragged me down to our boat. Ours was a river town, see, and being on a river, one owned a boat if they were of the means to. And we were of means, though really we (or at least I) called it “my dad’s boat”. And being asked to “help out on the boat” usually meant one or all of us enlisted as crew while Ahab (I mean my dad) continued his hunt for the elusive white whale. 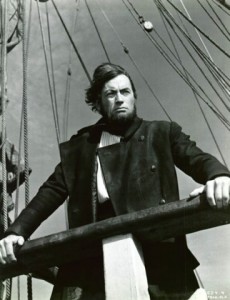 So on this day, my job was to help open the boat and with brush and bucket, scrub the decks down, because the boat needed a thorough cleaning after sitting unused for the week since its last cleaning.  For a 16 year old, you can imagine how much this excited me. But despite being Ahab, I liked spending time with my father, who worked very long hours to provide for our family, and if he wanted some company while cleaning the boat, was it really any big deal?

Anyway we finished cleaning and the “reward” was to take the boat out for a spun through the area. We cast off and did just that, powering up and down our stretch of the St. Lawrence and the Thousand Islands.  We were out maybe an hour, before turning around and heading back.  And as we cruised down the channel, we passed one of the many city parks buttressing the water.  And as dad drove and I stared out at the shoreline, I saw something.

I saw someone.  And you can probably guess who.

It was her; my Beatles girlfriend who wasn’t. And she was with someone else – a guy I knew from school – one of those faces you pass in the hall and nod to but never really talk to. They were sitting on a rock by the shore, holding hands … and kissing. 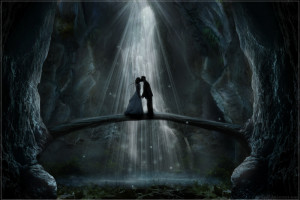 Ironically the fact we passed at the very moment their lips were locked meant neither of them saw me. They never saw my jaw drop and the color drain from my face. They didn’t see me as our boat continued past, and continued back to the marina.  But I saw, and it felt like a gut-punch.

I got back home, and in my room, picked up the mixtape I’d made. I popped it back into the deck, threw the radio on, and recorded Top 40 over it, both sides.  Good-bye Mick, and Roger, and John, Paul, George, and Ringo. Goodbye That Song — the Beatles song that was “our song” but really wasn’t.

Later I probably recorded The Replacements or The Clash or maybe even The Smiths over that tape, because I decided it was better to be edgy and angry, and to put up a wall around me rather than risk being hurt. I deliberately didn’t think about that tape or That Song when I saw the two of them canoodling in the halls, and if she wondered why I suddenly chilled to her she never asked and I never offered.

And if the idea that just maybe she found someone else because she’d tired of waiting for me to make my move crossed my mind, I banished it from existence like I banished that mixtape.

A couple months later I discovered The Pixies, and from there The ‘Mats, and from there Jane’s Addiction and RHCP and many more, and by then I was over The Beatles, and over her. The Pixies were and remain my favorite band, and now I’m not afraid to admit it’s partially because of that girl, That Song and that day.

That Song was “Penny Lane”.

And that is why “Penny Lane” will always be the saddest song I have ever heard.

Note that comments are closed. Blame the spammers for that — once they find a URL they bombard it with crap about fake Gucci and Rolex and Ugg boots — it’s like a stroll along Canal Street. Comments can however be directed to me on Twitter  @notbradabraham

3 thoughts on “The Saddest Music in the World”